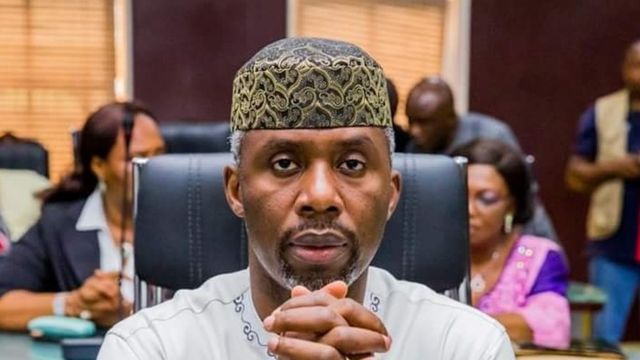 The Imo State Police Command Public Relations Officer (PPRO), Michael Abattam has said that the Police arrested Uche Nwosu contrary to the rumour that he was kidnapped.

He said the former AA guber candidate who is a Son in-law to the immediate past Governor,Rochas Okorocha is in their custody and was not abducted by gunmen as feared.

Abattam said it was in connection with “a case that is under investigation.”

Nwosu was whisked away from the St. Peter’s Anglican Church, Eziama-Obaire in Nkwerre Local Government Area of Imo State.

The incident occured during the Outing Service of the victim’s mother, late Jemamah Nwosu.

Nwosu was in the village for the burial last Wednesday.

According to eyewitnesses, the officers stormed the church while service was still on and shot into in the air.