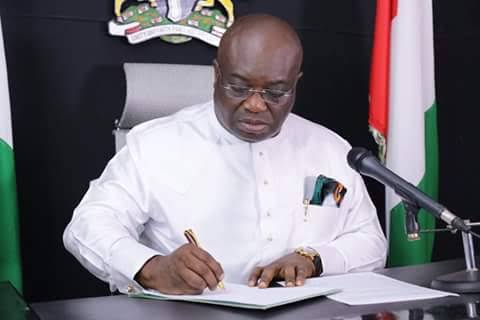 The Governor expressed his gratitude to the Speaker and members of the State House of Assembly for their display of patriotism in the expeditious review and passage of the Appropriation Bill.

Governor Ikpeazu assures the Assembly and indeed the people of Abia State that he will be relentless in the implementation of this budget for the peace, order and welfare of the people of Abia State.
The Governor tasked agencies of the State Government with specific obligations in this budget to take their assignments very seriously. In particular, he challenged revenue earning agencies in the State to redouble their efforts and carry out their jobs with greater transparency and a deeper sense of patriotism.

With this, Abia State has sustained the January to December Budget cycle and this Budget becomes effective, tomorrow, January 1st, 2022.