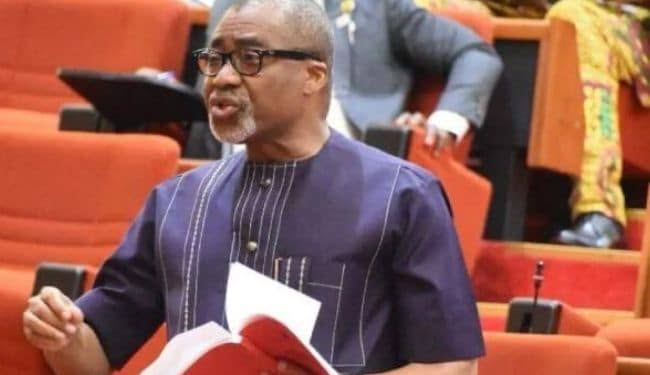 A few days ago, the Senate Minority Leader, Senator Enyinnaya Harcourt Abaribe declared his intention to take over the governorship seat of Abia State come 2023. The declaration was received with mixed feelings by both Abians and non Abians. While some elements in APC openly demonstrated their willingness to frustrate the project with the likes of Joe Igbokwe tagging him IPOB member, some elements critically believe that his emergence will lead to a serious fight in PDP that might lead to the failure of the party. Not only these, Senator Abaribe is a son of Obingwa exactly same Local government area with the current governor. In the history of the state, this has never happened and it looks unacceptable.

Lest I forget, the PDP in the state has been able to maintain a particular rotational arrangement that has ensured power is shifted successfully among the Senatorial zones of the state. Though this helped to create and maintain a peaceful political atmosphere but it only produced three governors that failed to justify the approach with the presence of good infrastructure for the benefit of the people. Hence, the people are directly or indirectly in search of an alternative measure to change the condition of the state favourably…

Among other things, some of the major problems the state is faced with include:

1) God fatherism: From 1999 till date, no Local Government Chairman can give account of his stewardship in Abia State. We also have cases where governors are installed and dictated for.

2) Lack of Political Will power to decide on the measures to tackle the problem of infrastructure in the state.

Let me stop here for now. The people of the State want to put an end to these challenges. Let me quickly treat the good part of Abaribe’s involvement in governorship, the bad and my fear.

If you have studied Senator Abaribe right from the time he was a Deputy governor, you will agree with me that there is no political force in Abia State today that can easily subject Abaribe to political slavery. If the Abians really want to end the era of Okija shrine and the effects of it on successive governments, Abaribe is a key.

Secondly, Abaribe’s governorship might represent a popular representation of the collective Igbo wish as a result of his incessant sacrifices to the Igbo course at a time when other leaders are playing the roles of saboteurs in the senate.

Thirdly, Abaribe is fearless and eloquent. He has repeatedly demonstrated this from his days as an embattled Deputy Governor. His qualities have been lacking in the Abia State government House from 1999 till date.

Without mincing words, Abaribe’s ambition goes contrary to the SENTIMENT of the imaginary Abia Charter of Equity which he himself used to build his political relevance. The sentiment did not only favour Okezie Ikpeazụ but it also gave him an UNCHALLENGED second term. As a result, the political players will not favour the idea of an Obingwa man handing over to another Obingwa man.

No mater how anyone looks at it, home grown democracy is practised based on the reality of the society. Moreover, peace is an important ingredient in governance and coexistence.

Though the coming of Abaribe will definitely demolish the wicked structures that have refused to allow the state to move forward since 1999, but it will definitely lead to the building of a new powerful structure which I can’t say how it will be managed later.

Today, people at will criticize the governor, we might be on our way to creating a structure we might not have the ability to manage.

No matter how it is looked at, it is always a difficult thing to empower an already powerful man. We saw it in Rochas and Kalu. Abaribe is too powerful to be controlled. I have this fear.