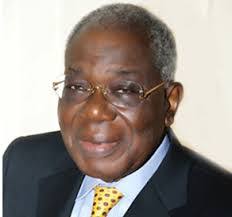 Shonekan died in Lagos at the age of 85.

He was the interim head of the Nigerian Government between August 26 and November 17 1993 when he was ousted in a coup led by late General Sani Abacha.