US, UK decline Kanu’s request as observers at trial 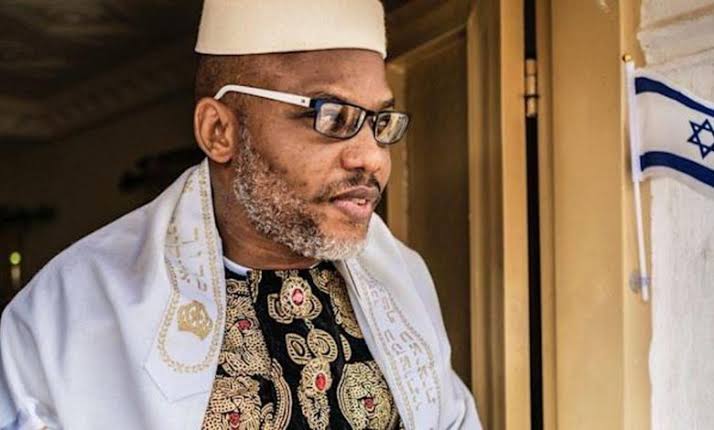 The United States and the British Government have turned down a request by the leader of the Indigenous People of Biafra, Nnamdi Kanu, to send representatives to observe the his trial holding at the Federal High Court, Abuja Division on January 18, 19, and 20.

While the US said it was limiting its employees from attending public gatherings, the UK explained that it does not normally attend a court case involving a British national.
The US Embassy and the British High Commission said these in separate responses to inquiries from The PUNCH on Friday.

Kanu’s lawyer, Ifeanyi Ejiofor, had last Wednesday, written to the US and UK missions in Nigeria, stating that the presence of their representatives would ensure a fair hearing for his client.

The IPOB leader is facing a seven-count amended charge preferred against him by the Federal Government.

The letter titled, ‘Request for delegate(s)/representative(s) to observe court proceedings …In Re: Charge NO. FHC/ABJ/CR/383/2015, Federal Republic of Nigeria V. Nnamdi Kanu’, read in part, “May we, gratefully, please, request you to send representative(s) to observe the proceedings of the court on those adjourned dates and on any other date to which further proceedings in the case may be adjourned until the matter is disposed of.

“The need to ensure that our client is given a fair trial has compelled us to make this request. The instant request is compelling in the circumstance, to ensure that the whole process of our client’s trial is fair and just in all circumstances. It must be remembered that his purported indictment on criminal charges has a political undercurrent.”

Ejiofor argued that the FG has a profound interest in the criminal charge pending against his client and the outcome of his trial.

the US Mission, which disclosed that it is following the trial closely, declared that its officials would not attend the court.

It stated, “The US Mission Nigeria is following the trial of Nnamdi Kanu closely. The US Department of State is limiting employees from attending public gatherings.”

In its response, the British High Commission acknowledged Kanu’s status as a Briton, but stated, “The FCDO (Foreign, Commonwealth and Development Office) would not normally attend a court case involving a British national, but where we do consider it appropriate to attend, our consular staff would do so in an observational capacity only.”

When asked to clarify if the commission would send observers to the trial which begins on Tuesday (today), the British High Commission’s spokesman, Dean Hurlock, said, “We can only offer you this as our response.”