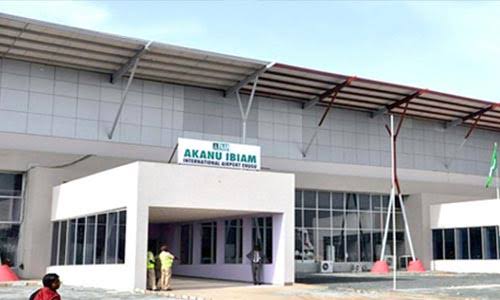 The Akanu Ibiam International Airport, AIIA, Enugu, on Thursday, conducted a mock accident and rescue operation in a review of its response preparedness in case of emergency in and around the airport.

Recall that the airport had in recent time recommenced international flights operation after the rehabilitation of the airport and closure due to the Covid-19 pandemic.

The AIIA Manager, Mrs Cecilia Oguma stated that the exercise was not a real emergency, but that the airport operators needed regular exercises to prepare for real emergencies.

“Whatever plans we have, let’s test the plans. We should improve on our communications and I urge everyone to be familiar with the grid map. We are just close to getting certification and I wish good luck to Akanu Ibiam International Airport,” Oguama said.

The Incident commander at the airport, stated that the response to the mock alarm was very swift, noting that even the community members outside the airport were attracted to the operation which they thought was real.

The officials of the federal fire service however complained of obstacles that was possed by commercial bus and tricycle operators who could not immediately clear ways for their truck to get into the incident scene in the town.

“Immediately I got the fire alarm, I mobilised my team to go to the incident area. There was cooperation in cordoning of the incident scene and everything thing went well. I am sure that in a real case we will do better than we did today. The Airforce team came on time.

“We always expect hazard and if it comes I am certain we will act right as we did today. The medical team was commendable, even though there were some communication gaps,” the airport team leader said.