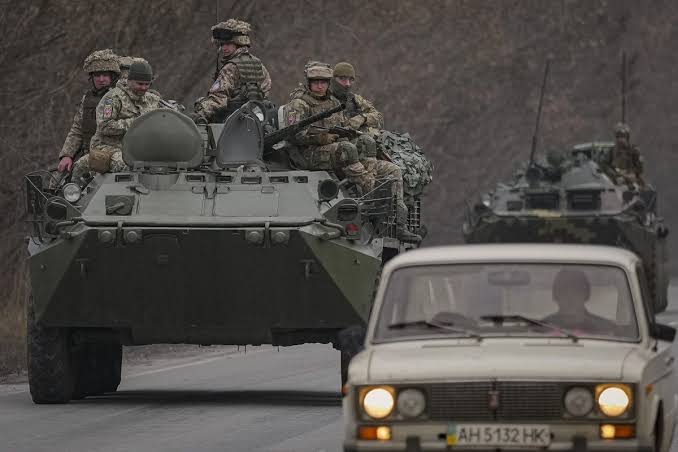 An illustrative Understanding of the Russian – Ukraine crises by Kachi Akpa- Amu for The Southeasterner newspaper.

In 1991,Ukraine abandoned her marriage and in December 1991 the divorce was concluded. Ukraine was awarded the Custody of their children both born and unborn including Ukraine’s step son Crimea a child Ukraine adopted after her marriage to Russia. By the way, Ukraine has been married twice or thrice before she settled with Russia. After the divorce,social media friends of Ukraine started praising her. They called her a strong woman,they called her an independent woman,they made a caricature of her ex husband. Again,these whole thing wasn’t about the love of Ukraine but the hate of Russia. They forgot that Ukraine was still dependent on her ex husband for alot of things.
In 2014, Russia’s son who was Ukraine’s step son opted to join his father,the mother Ukraine objected, his father Russia called out Ukraine for not allowing his son come to him. Ukraine accused Russia of undue influence in the decision of Crimea their son,Russia told Ukraine to allow Crimea decide. Ukraine mobilised his social media friend and launched a campaign against Crimea’s father but in the long run,Crimea opted to join his father. Ukraine’s social media friends are still insulting Russia for that till today but there is really nothing they can do. The child grew and opted to be with his father.
Around that same time,two children of the marriage Donetsk and Luhansky who were living with their mother Ukraine started agitating for Independence. They wanted to move out from the mother’s home and build theirs but their mother refused accusing their father of inciting them against her. Meanwhile , NATO an association of women supporting women came to meet Ukraine to join them. They also asked to open a branch of their association at Ukraine’s home which by the way is just beside Russia. Russia got infuriated and warned his ex wife not to allow the association of women supporting women open a branch near his house because he believes that members of that association caused his break up with his wives and may be up to something dangerous. He opposed them coming close to his house to open a branch and initiate his ex-wife Ukraine. Ukraine, to spite his ex husband started taking steps to join women supporting women sorry NATO. Russia warned Ukraine to stop but Ukraine continued as members of the association cheered Ukraine to stand up to her ex husband. The dispute now gave their two sons the audacity to take steps towards their independence. They declared that they were walking away from their mother and their father Russia immediately recognised their right to leave their mothers house and begin their own families. Ukraine’s social media friends called out her sons for abandoning their mother and as usual,blamed their father Russia for instigating it. They started pushing Ukraine to join the association of women supporting women, they started pushing ukraine to stand up to her ex husband,they started pushing Ukraine to stop her two sons from going their way and they went on social media to call her ex husband a bad name. In all these,Russia continued to warn his ex wife Ukraine not to be deceived by the members of NATO. Russia also warned his ex wife that she will get a dirty slap and serious beating if she took steps in line with the advice of women supporting women. Ukraine confusing the actions and gra gra of NATO members as support, started insulting his ex husband challenging him to do his worst. Russia still continued to warn her to stop the insults but they continued hoping that women supporting women will come to her aid. Then, Russia getting tired of the aggression gave Ukraine a dirty slap,kicked and pushed her. Ukraine expected NATO to act on her behalf to fight her ex husband or at least separate the fight but they did not intervene. They ran back and from a distance continued to call out Russia while Ukraine took the beating. That is where we are now today morning of 25th of Feb 2022. Russia is very serious in beating Ukraine until she receives sense.