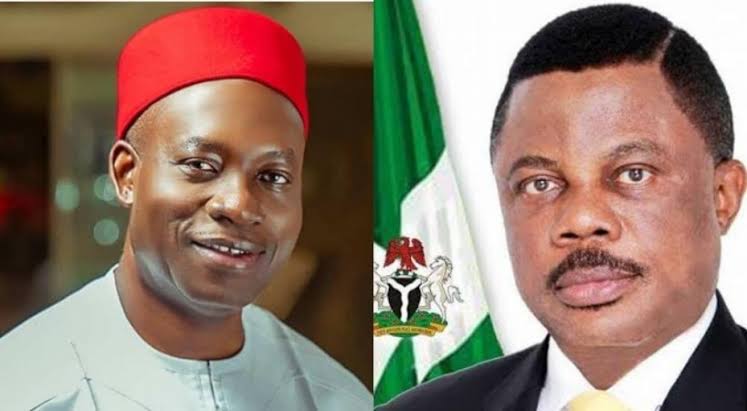 The All Progressives Grand Alliance has debunked the rumours making the rounds in Anambra State that the incoming governor, Prof. Chukwuma Soludo, would fall apart with the current governor, Willie Obiano.

In a statement in Awka on Monday, the National Co-ordinator, APGA Media Warriors Forum, Evang Chinedu Obigwe, said those wishing Soludo and Obiano’s relationship to be strained would be disappointed.

Obigwe added that Soludo is the God-ordained successor of Obiano and he is determined to protect their relationship from being strained by agents of discord.

He pointed out that the choice of Soludo as Obiano’s successor remained the best choice, assuring the people of Anambra that he would do his best to meet their high expectations when he assumes office.

He said, “Nothing on earth is as sweet as having a man whose words are his bond in a sensitive position like the office of the governor. When we talk about Soludo, we are talking about a character that does not listen to gossip.

“He is also a character that cannot be brainwashed, an open-minded human being that will not shy away from telling you his mind.
“One thing I know and that Soludo is also telling whoever that cares to listen is that he remains eternally grateful to Obiano for being a man of his words with regards to his fulfilment of a five-year-old promise.”
The APGA chieftain explained that Soludo had plans to deliver dividends of good governance in all the nooks and crannies of the state, adding that his wealth of experience will be of great help to ‘ndi Anambra’.

He disclosed that the former CBN boss would deploy his many years of experience in the governance of Anambra for its development.