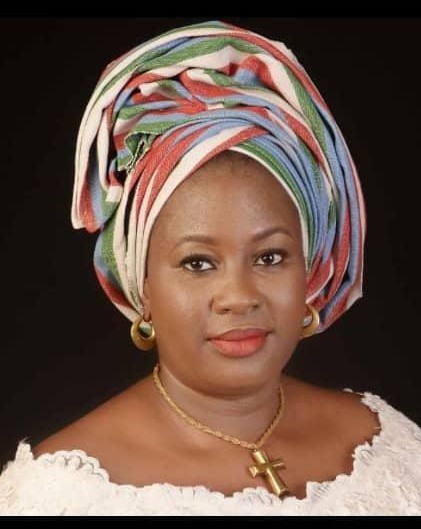 Community Secondary School Ohebe-Dim Alumni Association, 1995 Class has congratulated, Hon. Uchenna Diyiokeh on her election as the Women Leader of the South-East Zone of All Peoples’ Congress at the just concluded APC Convention.

In a congratulatory message signed by Sixtus Onuka Esq., President of the Association extolled her virtues and celebrated her achievements, while urging her to lead by example, be a binding force and give hope to the South-Eastern women and indeed all members of APC from the South-East as bona-fide members of the Party. Below are excerpts from the Message:

“We the Executives and members of Community Secondary School Ohebe-Dim Alumni Association, 1995 Class hereby express our hearty felicitations to you on your emergence as the APC South-East Women Leader at the Convention held on 26th March, 2022. Your election was a most guided decision by the Party members. Accordingly, we also congratulate the Party on this enviable feat.

“We, as your classmates, are in arguably the best position to tell the world about your person and your capabilities. Following your antecedent, therefore, we are in no doubt howsoever that you will deliver beyond expectation on your mandate. You were our Female Social Prefect and a formidable force in the leadership of out alma mater, during our student days. You have continued to be a binding force in the Association, playing the role of a mother and a servant at the same time, in your capacity as our Welfare Officer.

“As the voice of the South-East Women in the ruling Party, we verily believe that your leadership will indeed engender hope for the women on the one hand and peace and love for the entire Party in the South East Zone on the other hand. We trust you to deliver the exemplary change you promised, and galvanize all your members to speak with one voice at all times, irrespective of individual and group differences, especially all possible lingering pre-election squabbles.

“As you take up this daunting role, we pray that God endows you with unfathomable wisdom, resilience and equanimity to lead your people, so that at the end of your tenure you will be reckoned as the best Women Leader so far in any party East of the Niger.”

Community Secondary School Ohebe-Dim Alumni Association, 1995 Class, is a social organization of people who graduated or were at any point classmates of people who graduated from Community Secondary School Ohebe-Dim, Igbo-Etiti Local Government Area, Enugu State at any point during their sojourn in that school. Their motto is Service to my Alma Mater.