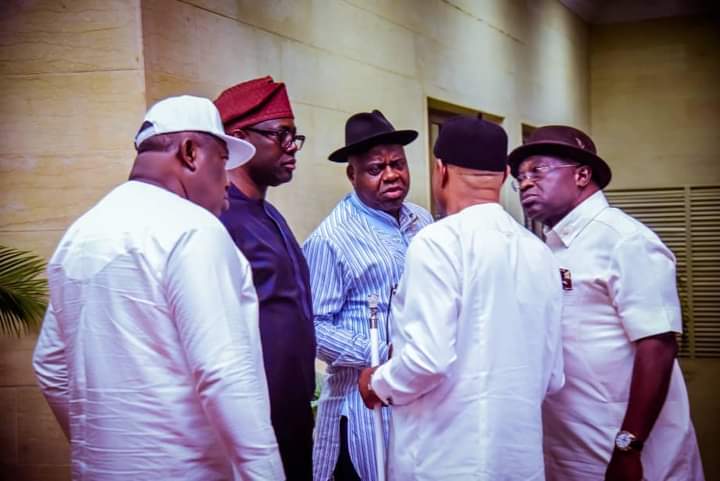 The Governors made this known after rising from a meeting held between last night and the early hours of this morning at the Akwa Ibom State Governor’s Lodge in Abuja.

Governor Okezie Ikpeazu, the Deputy Chairman of the PDP GOVERNORS FORUM who chaired the meeting addressed newsmen on behalf of his colleagues after the meeting.