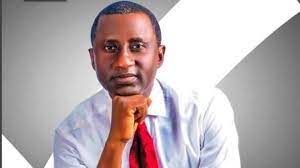 The Minister of State for Mines and Steel Development, Dr Uche Sampson Ogah, has declared that he will contest the governorship seat of Abia State in the upcoming general election in 2023.

The Minister disclosed this while hosting his kinsmen at his country home in Onuaku Uturu in Isiukwato Local Government Area of the state.

Ogah said his kinsmen from the 42 villages in the area assembled in his house and called upon him to run.

An ally of the minister, Pastor Eugene Chuwa, declared his intention to contest Isuikwuato State Constituency seat of the State Assembly under the platform of All Progressive Congress (APC).

Highlight of the event was the inauguration of the executives members of Abia Rejoice, a Campaign group.